Selling as a set 3 books in the Winnie-the-Pooh series by A.A. Milne. All 3 are published in Canada by McClelland & Stewart Ltd.

They are from the same series and all have illustrations throughout on every other page by Ernest H. Shepard. They are all in Very Good condition with their original dust jackets. 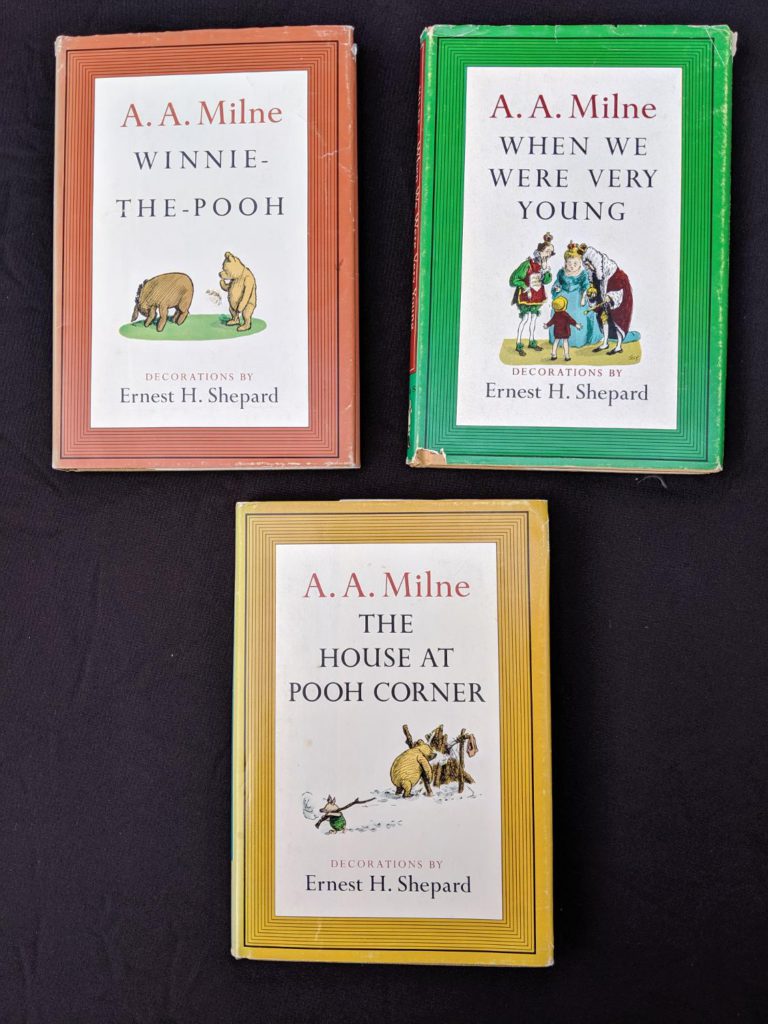 You may also be interested in viewing these other collectible copies from the Pooh series by A. A. Milne that Ash Tree Books currently has posted for sale: