1960 copy of The Time of the Dragons, with interesting Ephemera

The Time of the Dragons, by Alice Ekert-Rotholz
(Translated from the German by Richard and Clara Winston) 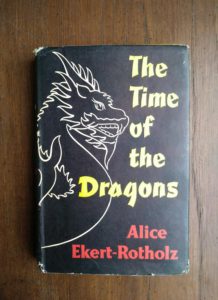 World Books / the Reprint Society, 1960. Book Club. light edge wear, shelf rubbing to bright jacket. This is a World Books jacket, a slightly shortened version of the original Jonathan Cape first edition (1958). The binding is tight and all pages and clean and secure. Size: 8vo – over 7¾ – 9¾” tall. 404 pages.

This book is a complex and worldwide tale of political and personal intrigue set before, during, and after World War Two.  Taking place primarily in China it tells the story of a Norwegian family and the wide array of friends and enemies they make over the years around the War.

There is an interesting piece of ephemera in this book, left by a previous owner. It is a newspaper clipping pasted to the back paste down of the book, dated June 9, 1935, which reads;

FALLEN – Peiping and Tientsin have fallen into Japanese hands and a move is afoot to form a new North China Government, independent of that of Nanking. 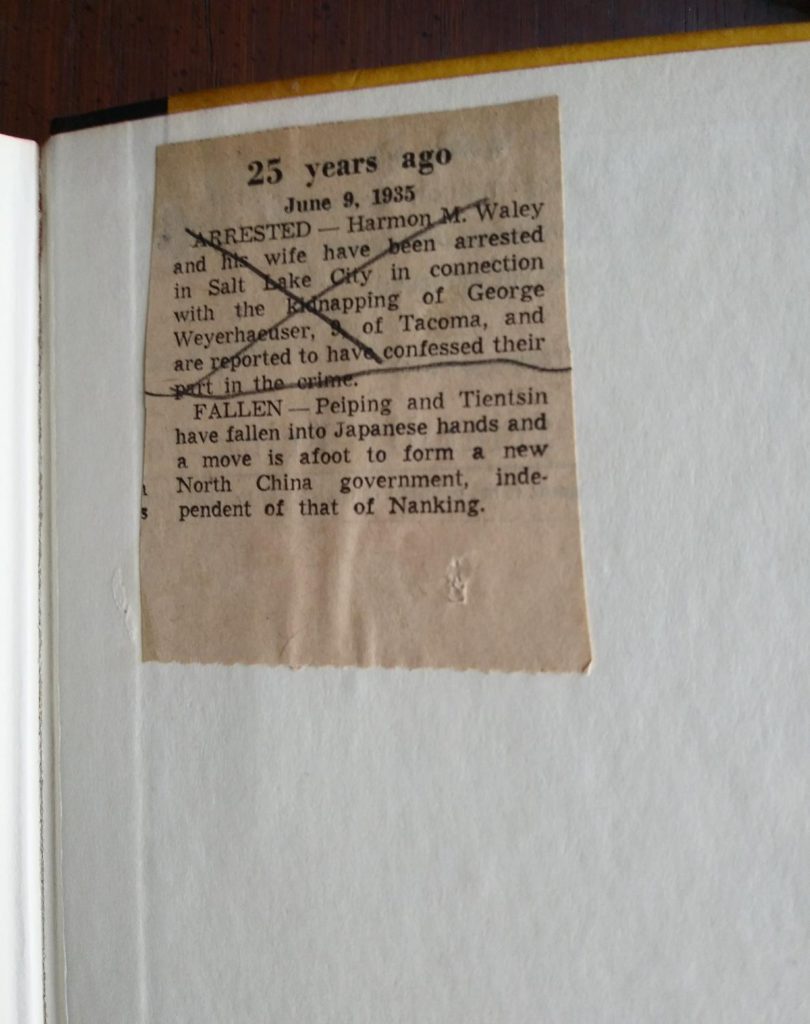 Be the first to review “1960 copy of The Time of the Dragons, with interesting Ephemera” Cancel reply 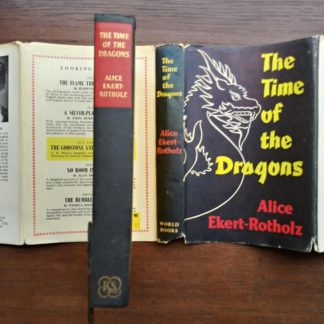 You're viewing: 1960 copy of The Time of the Dragons, with interesting Ephemera $16.50
Add to cart