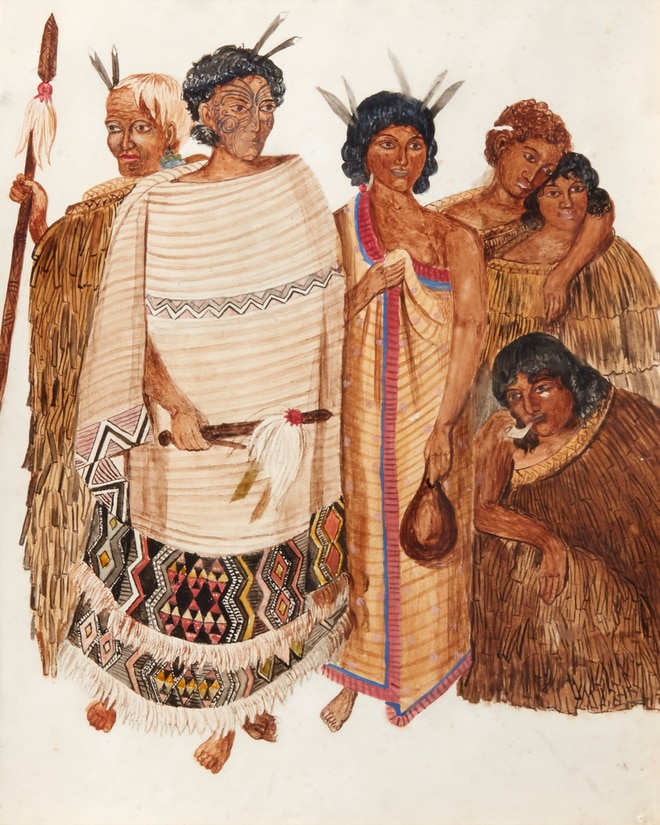 This article was published in NZ Herald. It was written by Patrice Dougan.

Hundreds of rare documents and books, marking major milestones in New Zealand’s history are set to go under the hammer next week.

The collection – lovingly accumulated by Christopher Parr over 70 years – is described as one of the finest collections of early New Zealand printed material, and includes original documents, some of which are thought to be completely unique.

Interest is expected to be high, especially among museums and libraries across the country.

The Christopher Parr Collection, comprised of some 330 documents, newspapers, and rare books, includes the Crown’s declaration of sovereignty over New Zealand, Māori proclamations and the first printed newspaper in New Zealand’s history.

Rare book consultant at auctioneers Art & Object, Pam Plumbly, said the documents are unlikely to ever come on the market again.

She said they “absolutely” documented important milestones in the nation’s history – including a Temperance Society pamphlet intended to “combat all that drunkenness and revelry going on in the Bay of Islands”; two copies – “which is so unusual” – of Thomas Kendall and Samuel Lee’s, The Grammar and Vocabulary of the Language of New Zealand, printed in 1820, and documenting te reo Māori; and “the most beautiful copy I have ever seen” of the first published book devoted to New Zealand, Some Account of New Zealand, written by John Savage, published in 1804.

Among the other items is an original copy of the 1840 Declaration of Sovereignty signed by Captain William Hobson, the first governor of New Zealand. Expected to fetch up to $20,000, it’s believed to be the only copy of the first print run, which included a mistake in the country’s latitude.

“They’d said the northern boundary extended north latitude instead of south latitude, and of course had that gone ahead, it could have made quite a bit of a difference to New Zealand,” Plumbly said. “So he printed another one that same day, and this one [in the auction] I think is the only one that’s known of.”

There is also a copy of the second, correct, printed declaration.

A copy of New Zealand’s first newspaper – the New Zealand Gazette – also sits among the collection, as well as a rare copy of the Gazette Extraordinary, New Zealand Number 1, which was printed by William Colenso at Paihia Mission Press after the New Zealand Gazette refused to print Government-written columns. It’s believed to be the first recorded disagreement between the state and the press, Plumbly said.

Another item expected to fetch a large amount at auction is a “bright and beautiful” painting by Joseph Merrett Jenner, a watercolour entitled, Warrior Chieftains of New Zealand, depicting Northland chiefs, Kawiti, Hone Heke and his wife Harriet.

Parr – whose grandfather was Sir James Parr, four-time Auckland mayor and High Commissioner to the UK – has been collecting since his teens, when he ran the school library at King’s College, his son Richard said.

“He had a passion for books from a very young age, and certainly has been in that collectors world for 70 years pretty much,” he said. “As a child I can still remember waving him off at the train station to go from Auckland to Wellington on the overnight train to go and attend the book auctions and that sort of thing.”

However, with his 88-year-old father suffering from dementia, “he really doesn’t get any joy out of them anymore,” he said, adding it was “better to find a new home with people who will get joy and passion out of them”.

It was “really important they find a good home and keeps New Zealand history alive”, he said.

The auction will be held at Art & Object’s Newton headquarters, at 12 pm on Wednesday, June 26.

Link to information about this auction:
https://www.artandobject.co.nz/auction/140/the-christopher-parr-collection