A 1958 first edition of AKU-AKU: The secret of Easter Island

Aku-Aku: The Secret Of Easter Island 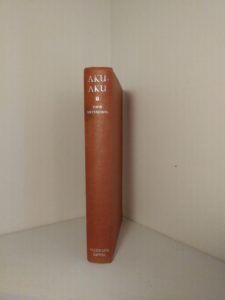 Printed in 1958, Great Britain by Unwin Brothers Ltd. Woking and London. Hardcover. Condition: Good. First Edition. Original Norwegian Edition. Missing original dust jacket. All pages are quite secure. There are not any seam issues. All pages clean and unmarked without any previous owner’s annotations.

Aku-Aku, the Secret of Easter Island describes Thor Heyerdahl’s research at Rano Raraku & Anakena on their many giant stone statues. The book & later film made a major contribution to awareness, outside anthropological & archeological communities, of both the island & the statues. Much of his evidence has now been refuted by archeologists. His methods have been criticized. Paul Bahn wrote: “he relied on the selective use of evidence, which resulted in a misleading conclusion”.
Heyerdahl is most controversially associated with an attempt to revive the theory that the islanders’ stone carving technology came from S. America. He argued that as well as being settled by Polynesians, Easter Island was settled by people from Peru, an area described as “more culturally developed”.

“Aku-aku” refers to moving a tall, flat bottomed object by swiveling it alternatively on its corners in a walking fashion. Heyerdahl theorized the Easter Island Moai (statues) were moved in this fashion, & tested this on a small Moai–tho the test was abandoned after the Moai’s base was damaged. He also asserts that for the islanders, Aku Aku means a “spiritual guide.”

Heyerdahl compared the highest quality stonework on the island to pre-Columbian Amerindian stonework such as at Tihuanaco. He said of Ahu Vinapu’s retaining wall “No Polynesian fisherman would have been capable of conceiving, much less building such a wall”. However Alfred Metraux had already pointed out that the rubble filled Rapanui walls were of a fundamentally different design to those of the Inca.
Heyerdahl claimed a S. American origin for some Easter Island plants including the Totora reeds in the islands’ three crater lakes which are now recognized as a separate species to the ones in Lake Titicaca. Also the Sweet Potato, which is now reckoned to have been in Polynesia before Easter Island was settled. 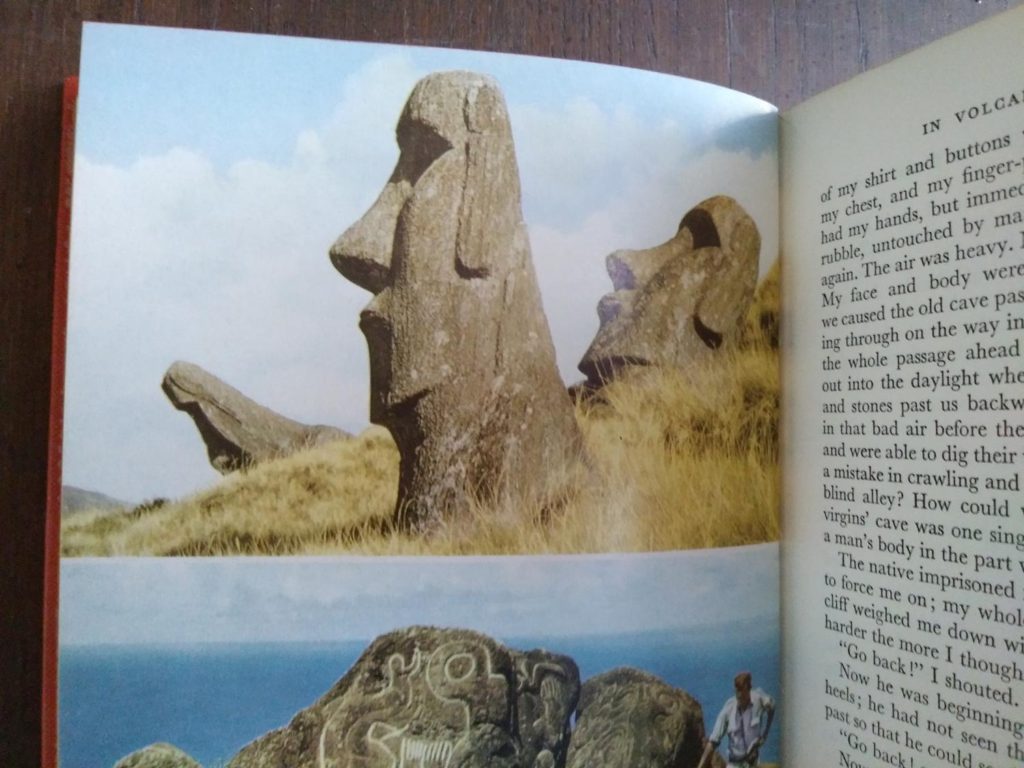 Be the first to review “A 1958 first edition of AKU-AKU: The secret of Easter Island” Cancel reply 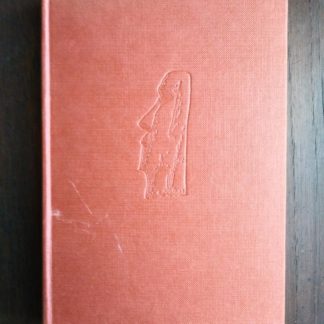