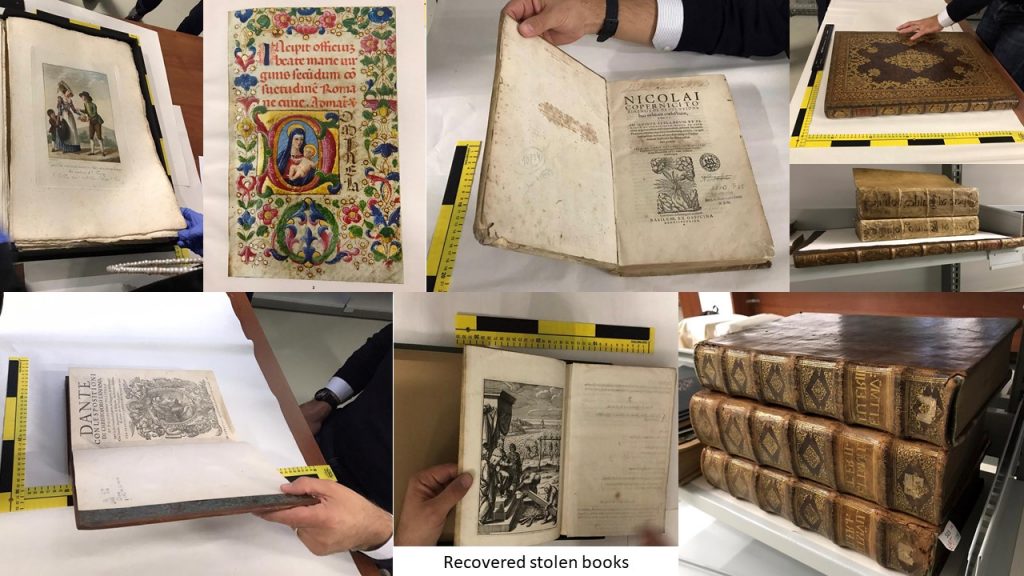 This article was published online by South West Londoner by Will Durant.

Victims of a Feltham book theft worth £2.5 million have described their joy after being reunited with the culturally significant artefacts.

Two hundred and fifty books, which police described as “irreplaceable” were found in Neamt, Romania two months ago after an international police investigation.

Twelve members of an organised crime group linked to the theft were handed prison sentences at Kingston Crown Court in early October.

“It was a great joy to handle my books again and to see that apart from one missing and four books with variable damage, all the books were in good condition.”

When the books were recovered, Meda Riquier explained that each book is unique because of its binding, provenance and markings made by previous owners.

He said: “Behind each book there is a lot of research and study, so when the theft happened they did not just take money from me – they got a part of my life!”

Detective Investigator Andy Durham from the Metropolitan Police, who accompanied the victims in Romania, described the moment the collectors were reunited with their property.

He said: “When one of the victims – Alessandro Bado – set eyes on the books at the books at the library, and once he had seen the condition of a few of the most important books that he was emotionally attached to, he was so happy and said with great gusto: ‘Tonight we drink like lions’.

“That made my day, seeing his reaction and joy.”

Another victim, Natalina Bado, from Italy, said: “The experience of returning the books was very positive and exciting. Reviewing and touching our books three years and nine months after the theft was a profound joy.

“Every time we were about to view a book we had many expectations regarding the conditions and when we found our works in good condition it was a great happiness for us, just as it was a deep pain to see some damaged books, a feeling partly shared also from all of you and the library staff.”

Bado and Meda Riquier offered their thanks to the police departments involved: the Metropolitan Police, the Romanian Police and the Italian Carabinieri.

Members of the public who have information about the whereabouts of the missing books can call the police on 101 with the reference number Cad 4340/05Nov20.