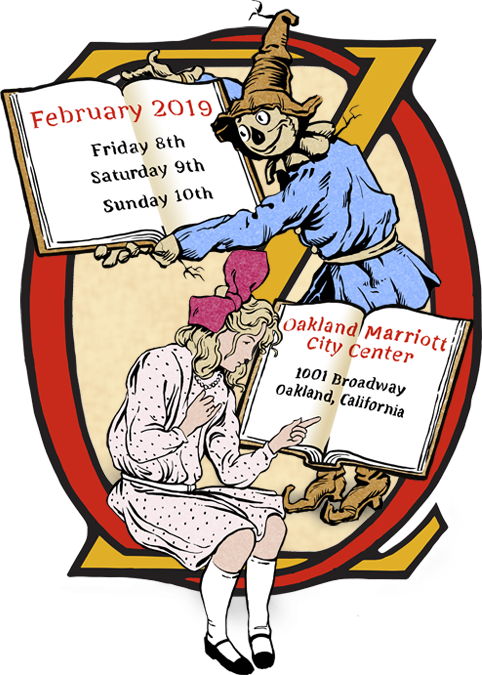 The 52nd California International Antiquarian Book Fair will be held on February 8-10, 2019, at the Oakland Marriott City Center.

The 52nd California International Antiquarian Book Fair, recognized as one of the world’s largest and most prestigious exhibitions of antiquarian books, returns to Northern California, Friday-Sunday, Feb. 8-10 at the Oakland Marriott City Center. Sponsored by the Antiquarian Booksellers’ Association of America (ABAA) and the International League of Antiquarian Booksellers (ILAB) and featuring the collections and rare treasures of nearly 200 booksellers from over 20 countries around the world, the three-day Book Fair offers a rich selection of manuscripts, early American and European literature, modern first editions, children’s books, maps and autographs, as well as antiquarian books on history, science, law, architecture, cooking, wine and a wide range of other topics.

Highlights of the Book Fair include a special exhibit by the Book Club of California, an active association of over 800 major California collectors with interests in rare books and manuscripts of all types. In addition, there will be discussions on the basics of rare book collecting; strategies for appraising and selling books; a lecture on L. Frank Baum, author of the “Wizard of Oz” series; and so much more.

– A special exhibit from the Book Club of California highlighting women printers and book artists, as well as a display of some of the Club’s oldest and most sought-after publications

– An exhibit on the works of L. Frank Baum from the private collection of Joel Harris, a member of the International Wizard of Oz Club

– Information about the local library and university collections

– Book Arts, such as letterpress printing and calligraphy

– Discovery Day – free appraisals for up to three books per attendee

-“Cyclone on the Prairies: The Magic of the Land of Oz”